Welcome to Nikki Maxwell’s aDORKable world in the fifth book in the mega-selling Dork Diaries series – now with over 45 million copies in print worldwide!

When Nikki Maxwell discovers that her arch-nemesis, Mackenzie, has started writing a gossip column for the school newspaper, she’s worried that Mackenzie might be about to reveal some secret info about Nikki’s crush, Brandon, that she knows he won’t want the whole school to find out about.

To keep an eye on what Mackenzie’s up to, Nikki decides to join the newspaper too, and somehow ends up working as the advice columnist, Miss Know-It-All. At first it’s fun to answer all the letters from the kids at school, but when Miss Know-It-All’s inbox is suddenly overflowing with pleas for guidance, Nikki feels in need of some help herself. Fortunately she has BFFs Chloe and Zoey on her side . . . and at her keyboard! 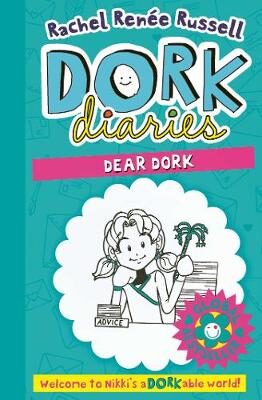