Welcome to Nikki Maxwell’s aDORKable world in the second book in the mega-selling Dork Diaries series – now with over 45 million copies in print worldwide!

Nikki Maxwell is finally adjusting to life at her new school: she’s made some real friends and her major crush, Brandon, has even asked to be her science partner – a seriously awesome development.

But when Nikki overhears mean girl Mackenzie bragging about going to the Halloween dance with Brandon, she’s gutted and decides to go to her little sister’s party instead. Then she discovers Mackenzie was lying. Could her dream of going to the party with Brandon still come true? 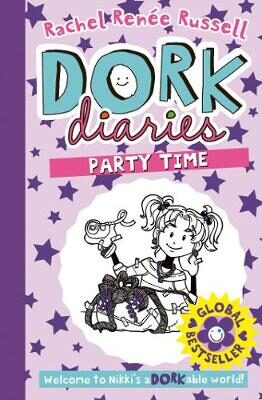