Before the Steven Spielberg film, before the National Theatre production, there was the classic children’s novel…

In the deadly chaos of the First World War, one horse witnesses the reality of battle from both sides of the trenches. Bombarded by artillery, with bullets knocking riders from his back, Joey tells a powerful story of the truest friendships surviving in terrible times. One horse has the seen the best and the worst of humanity. The power of war and the beauty of peace. This is his story.

War Horse was adapted by Steven Spielberg as a major motion picture with Jeremy Irvine, Emily Watson, and Benedict Cumberbatch. The National Theatre production opened in 2007 and has enjoyed successful runs in the West End and on Broadway.

A great way of introducing young readers to the realities of WWI. Look out for Morpurgo’s other war fiction including Friend or Foe, Waiting for Anya, King of the Cloud Forests and An Eagle in the Snow.

War Horse is a story of universal suffering for a universal audience by a writer who `has the happy knack of speaking to both child and adult readers’ (The Guardian).

Michael Morpurgo has written more than one hundred books for children and won the Whitbread Award, the Smarties Award, the Circle of Gold Award, the Children’s Book Award and has been short-listed for the Carnegie Medal four times.

@thehappypear new book ‘Vegan Cooking For Everyone’ is out today! Available in store and online at bookstation.ie for just €17.99 ➡️ bit.ly/2ZfoBqC ... See MoreSee Less

OUT NOW!!
The World’s Worst Parents is the latest book from bestselling children’s author David Walliams .
Available now for the incredible price of €9.99 in all Bookstation stores and online at Bookstation.ie ➡️ bit.ly/3f3asCn ... See MoreSee Less 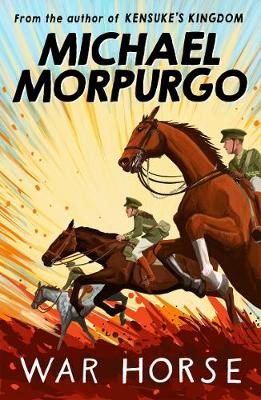