The fifth Harry Bosch novel from the award-winning No. 1 bestselling author. The murder of a Hollywood producer has all the signs of a mob hit but something doesn’t add up for Harry Bosch. Featured in Series 2 of BOSCH on Amazon Prime.

Harry Bosch is back at the LAPD in Homicide after disciplinary leave. But his first case proves to be one of the most difficult. In the wooded hills overlooking the Hollywood Bowl, he opens the trunk of a white Rolls-Royce and finds a corpse. It looks like a simple case of Trunk Music – the execution style of the Mafia where the victim is shot in his own vehicle – but the victim is LA movie producer Tony Aliso, and the mob weren’t the only ones after him….Bosch finds himself up against the FBI – and back in the arms of a beautiful ex-felon. It’s starting to look like Harry’s first case back in Homicide is in danger of being his last . . . 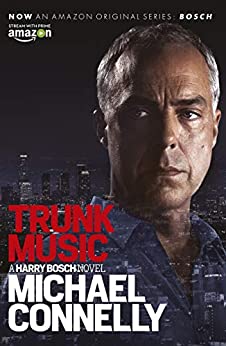