Ismay Deagan has one wish in the world – to leave Ireland and join her brother, Bram, in Australia. But her father has other ideas and orders her to marry their vicious neighbour Rory Flynn – a man she loathes. One day, Rory brutally attacks her and Ismay realises she has no choice but to run away.

Disguising herself as an impoverished young widow, she sets sail for Australia, hoping to be reunited with her brother. When she meets Adam Treagar on the ship, she finally starts to believe her dreams of future happiness may come true. But before they even reach their destination they are flung into adventures in Suez, Ceylon and Singapore . . .

Can Ismay tell Adam the truth about who she really is? What secrets is Adam himself hiding? And will Ismay’s past catch up with her and threaten her new life in Australia, before it has even begun?

What readers are saying about THE TRADER’S SISTER 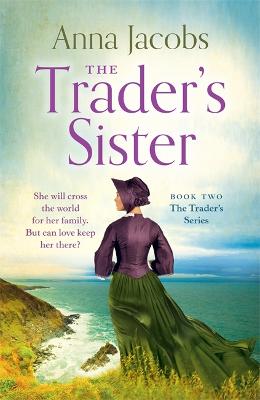