*Film rights snapped up by Universal, with Florence Pugh set to star as the title character*

I am your maid. I know so much about you. But when it comes down to it: what is it that you know about me?

Molly the Maid is all alone in the world. A nobody. She’s used to being invisible in her job at the Regency Grand Hotel, plumping pillows and wiping away the grime, dust and secrets of the guests who pass through. She’s just a lowly maid – why should anyone take notice?

But Molly is thrown into the spotlight when she discovers an infamous wealthy guest, Mr Black, very dead in his bed. This isn’t a mess that can be easily cleaned up. And so Molly becomes embroiled in a hunt for the truth, learning who to trust as she navigates the dark underbelly of the Regency Grand Hotel.

Escapist and charming,The Maid is a truly original story about how people are a mystery like no other. And how the truth isn’t always black and white – it’s often found in the dirtier, grey areas in between… 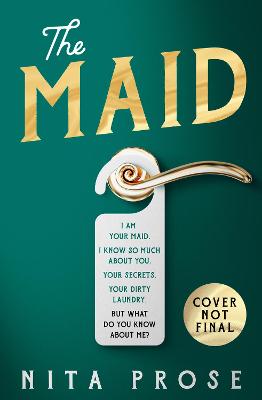