A NEW EDITION TO TIE IN WITH THE CRITICALLY ACCLAIMED FILM DIRECTED BY MAGGIE GYLLENHAAL,
STARRING OLIVIA COLMAN, DAKOTA JOHNSON AND PAUL MESCAL

From the international bestselling author of MY BRILLIANT FRIEND

Leda is devoted to her work as an English teacher and to her two children. When her daughters leave home to be with their father in Canada, Leda anticipates a period of loneliness and longing. Instead, slightly embarrassed by the sensation, she feels liberated, as if her life has become lighter, easier.

She decides to take a holiday by the sea, in a small coastal town in southern Italy. But after a few days of calm and quiet, things begin to take a menacing turn. Leda encounters a family whose brash presence proves unsettling, at times even threatening. When a small, apparently meaningless, event occurs, Leda is overwhelmed by memories of the difficult and unconventional choices she made as a mother and their consequences for herself and her family. The seemingly serene tale of a woman’s pleasant rediscovery of herself soon becomes the story of a ferocious confrontation with an unsettled past.

The Lost Daughter is a compelling and perceptive meditation on womanhood and motherhood, exploring the conflicting emotions that tie us to our children. 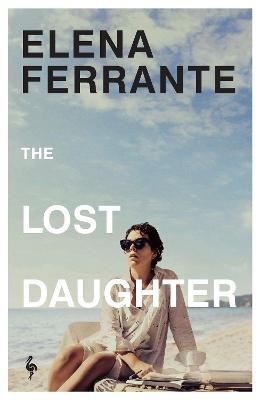