The thirteenth Inspector Rebus novel from the No.1 bestselling author of A SONG FOR THE DARK TIMES

‘No one in Britain writes better crime novels‘ Evening Standard

‘This is Rankin at his best, and, boy, that’s saying something’ TIME OUT

Rebus is off the case – literally. A few days into the murder inquiry of an Edinburgh art dealer, Rebus blows up at a colleague. He is sent to the Scottish Police College for ‘retraining’ – in other words, he’s in the Last Chance Saloon.

Rebus is assigned to an old, unsolved case, but there are those in his team who have their own secrets – and they’ll stop at nothing to protect them.

Rebus is also asked to act as a go-between for gangster ‘Big Ger’ Cafferty. And as newly promoted DS Siobhan Clarke works the case of the murdered art dealer, she is brought closer to Cafferty than she could ever have anticipated… 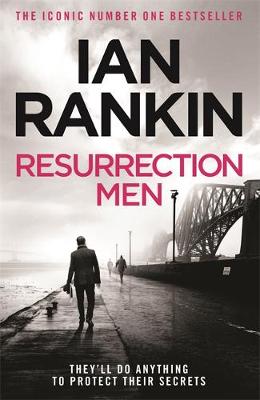