Like me copping the ‘For Sale’ sign above Kielys for the first time, the entire country was in a state of anxiety and – I want to say – confusion? It was the night before the referendum on Ireland’s membership of the European Union – and Leinster House had been burned to the ground!

The old man was trying to pin the blame on Brussels, but I knew the actual truth? Unfortunately, Sorcha was too angry with me for having sex with our daughter’s Irish teacher to listen.

The nation needed a hero. As it happened, I’d just become Head Coach of the Ireland women’s rugby team. In the hort of Dublin 4, within sight of my once beloved but now boarded-up local, something storted bubbling – and for once it wasn’t the sewage being pumped into the Dodder.

And it all happened once upon a time in… Donnybrook 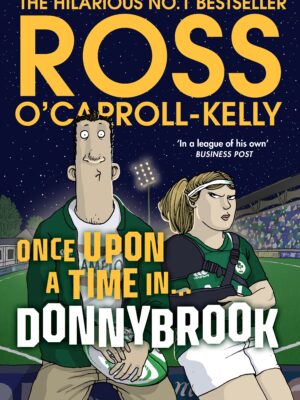