Abandoned and alone, you’ll do anything to survive…

A gritty saga from the bestselling author Kitty Neale.

Abandoned on the cold stone steps of an orphanage, only a few hours old and clutching the object which was to give her name, Pearl Button had a hard start to life.

Now 16 years old, she’s finally managed to escape the cruel confines of the orphanage, and enter the real world. Finding work at a nearby cafe, Pearl is thrilled to start earning her own money, even if she must contend with sharp-tongued Dolly Dolby.

But soon she becomes tangled up in the murky South London underworld in which Dolly’s son – the cruel but handsome Kevin – operates. By chance, she sees something she shouldn’t, something dangerous, and her life is thrown into jeopardy. Can gentle giant Derek Lewis protect vulnerable Pearl from Kevin – and her own heart?

Meanwhile, a local boy is snatched, terrifying this close-knit community, and at the orphanage where Pearl lived out her wretched childhood, the past is coming back to haunt its owner – and the secret she has promised to guard for so many years… 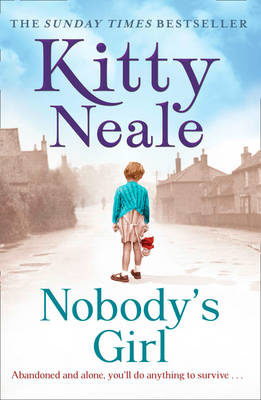