The residents of Garrett Island are part of a visionary experiment. Their cars have been sent to the mainland and for one month, they’ve got self-driving vehicles called Arrivals. With just a voice command, an Arrival will take you where you want to go, and as the cars are all aware of each other, road accidents should be a thing of the past.

As the world’s press arrives for a glimpse of this driverless future, islander and single mom Sandra Montrose preps for the huge media event. She’s ready for this new world. Her husband died when he fell asleep at the wheel, and she’s relieved her two teens, Archie and Katie, may never need driver’s licenses.

But as the day gets underway, there are signs all is not well. A member of the press has vanished. There are rumours of industrial sabotage.

‘The twists keep coming’ THE TIMES

‘Barclay is a terrific writer … I couldn’t put it down, and you won’t be able to either. If you enjoy thrillers, this is the real deal. It never lets up’ STEPHEN KING

‘A full-throttle powerhouse of a thriller – Linwood Barclay is in a class of his own’ T.M. LOGAN

‘A rip-roaring rollercoaster of a ride’ DAILY MAIL 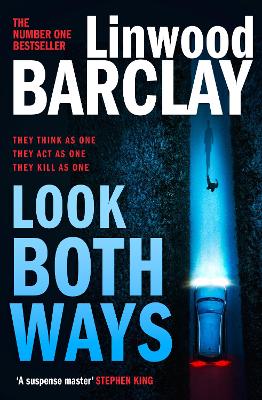