Marissa Irvine arrives at 14 Tudor Grove, expecting to pick up her young son Milo from his first playdate with a boy at his new school. But the woman who answers the door isn’t a mother she recognises. She isn’t the nanny. She doesn’t have Milo. And so begins every parent’s worst nightmare.

As news of the disappearance filters through the quiet Dublin suburb and an unexpected suspect is named, whispers start to spread about the women most closely connected to the shocking event. Because only one of them may have taken Milo – but they could all be blamed . . .

In a community full of secrets, who is really at fault? 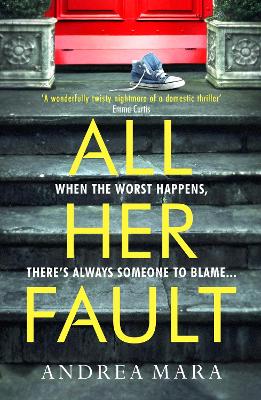