Worthy Opponents is a riveting and dynamic tale of family, wealth and success from the Number One bestselling author, Danielle Steel.

Spencer Brooke had grown up knowing that one day she would own and run Brooke’s, one of New York’s most respected department stores. Established in 1920 by Spencer’s grandfather, it was known for the highest quality merchandise and beautifully designed pieces from all the luxury brands in Europe. Brooke’s was an unexpected jewel in downtown Manhattan, and it was in Spencer’s blood to ensure she navigated its safe and successful passage through twenty-first-century competition.

The death of Spencer’s grandfather left a terrible void in her life making her feel vulnerable and causing her to rush into an unsuitable marriage. Shocked after finding herself pregnant with twins just weeks after the wedding, but knowing in her heart she could be a wife and mother as well as a successful CEO, pressure from Bart to sell the store led to the breakdown of the marriage.

Devoting herself to her twin sons together with the pressure of running Brookes, Spencer had little time for a social life. But when smart and successful entrepreneur Mike Weston entered her life offering potential investment just at a time when the store was going through financial difficulty, she knew she must take his offer seriously. A devoted father, Mike was facing marital problems of his own.

Spencer faces a dilemma: would Mike Weston be who or what she needed, and could she trust him? Or could she remain independent but risk the security of her inheritance? 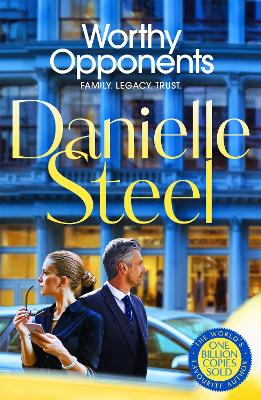