When Dreams Come True: The Heartbreak and Hope on My Journey to Motherhood

In early 2020, Rosanna Davison gave a raw and sincere account of the 14 miscarriages she had suffered before choosing to have a baby via gestational surrogate. Then, just weeks later, she discovered she was pregnant with identical twin boys, conceived naturally.

In this heartfelt and honest book, Rosanna reveals her difficult journey to motherhood and examines the stigma and silence that surrounds infertility. From the anguish of her multiple pregnancy losses to the decision to explore surrogacy, as well as the practical and emotional challenges involved in pursuing this route to parenthood, she reveals what it was like to find out she was expecting miracle twins just months after her daughter was born. She describes how she and her husband have coped with the long and intense road to becoming parents of three children under two.

Shining a light on miscarriage and motherhood, Rosanna tells her story. 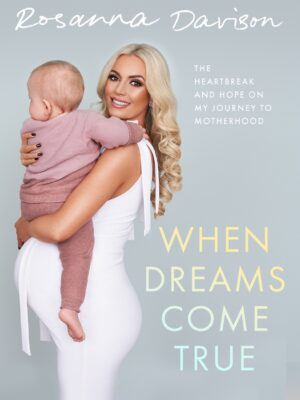