Victor Bewley became director of Bewley’s cafés at the age of twenty and, the following year, he became managing director – a position held by his father and grandfather before him. He never felt he was a natural businessman but, as the eldest son, he knew from a young age that he was expected to take over the running of the popular Grafton Street, George’s Street and Westmoreland Street cafés. He was thrust into this role following his father Ernest’s untimely death in 1932. There was far more to Victor’s life, however, than the successful running of the fleet of Bewley’s cafés for forty-five years. His memoirs, recounted to his granddaughter several years before his death in 1999, reveal a sensitive man with a quiet determination to increase social awareness and improve people’s lives in any way that he could.
This revised edition of Victor Bewley’s Memoirs, which includes a new foreword, gives a frank account of his life, revealing why in 1972 he and his brothers handed over Bewley’s cafés to the staff, what drove him to dedicate great time and energy to improving the lives of many, why he described parts of his life as ‘undiluted hell’ and how he ended up carrying secret messages from the IRA to the British government. 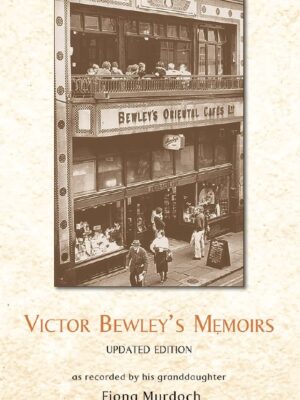