Unbroken: A story of mental strength, physical fitness and the power of adversity

From when he first began playing with his club Rathmore in Kerry, Aidan O’Mahony applied himself physically and mentally with a single-minded determination to earn his place among the great GAA players of the county – and to overcome the serious asthma that had been so much a part of his childhood. When he was called for the Kerry minor and senior teams, he measured himself against teammates, pitted himself against his opponents and pushed himself to physical extremes. He came to learn that hard work and preparation were key to success.

But then he discovered that there were some things he wasn’t able to prepare for. From the failed drugs test at the height of his career, to an on-pitch incident that would have him question who he was, to the life-changing decision that was to ultimately enable him to discover a sense of peace, Unbroken is an account of how the control we think we have can be shattered in a split second and that the real strength lies in being able to ask for help. 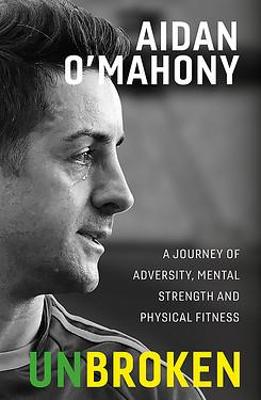