In a career spanning over three decades, Ronnie O’Sullivan’s journey to becoming the greatest snooker player of all time has been filled with extremes.

A teenage snooker prodigy, Ronnie turned professional with the highest of expectations. This pressure, together with a challenging personal life, catapulted Ronnie into a life of excess and addiction. He was winning titles – his first within a year of turning professional – but losing himself and his game as he tried to block out the mental pain and misery. Whilst Ronnie appeared at the height of the game to spectators, these were the moments when he felt at his lowest.

In the year 2000 Ronnie started rehab and began the journey to get his life back, addressing his demons and working on developing a stronger and more resilient mindset. More than twenty years on, Ronnie is still obsessed with delivering his peak performance and never happier than when in a snooker hall, but success has now taken on a new meaning for the record-equalling world champion.

Framed around twelve lessons Ronnie has learned from his extraordinary career, with this book he takes us beyond the success and record-breaking achievements to share the reality – and brutality – of what it takes to rise to the very top, whatever your field. Ronnie is the first to say he doesn’t have all the answers, but in sharing the experiences that have shaped him and mistakes that have made him, he hopes to help readers navigate their own personal challenges and obstacles, and in turn reach their maximum potential.

This is Ronnie O’Sullivan as you’ve never seen him before, the definitive and unflinching story of a true British icon and a fascinating insight into the mindset of the world’s greatest snooker player. 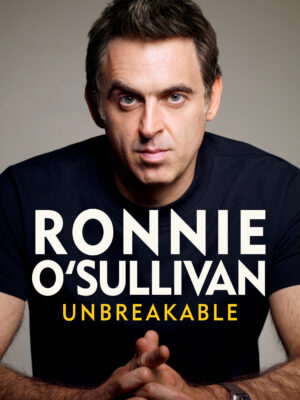