Barry Geraghty is an Irish horseracing legend. From his first win in 1997 to when he retired in July 2020, he rode almost 2,000 winners, making him the fourth most accomplished rider of all time. With more wins at Cheltenham than any other jockey, he has worked with all the greats – Moscow Flyer, Kicking King, Monty’s Pass.

But Barry is covered in scars. He has broken all his limbs, his shoulders, his ribs and his nose. He has survived falls too numerous to recall and spent most of 2019 with a metal cast on his leg. And yet, he kept getting back on the horse.

True Colours is about resilience; the mental power that enables the great to keep going despite the pain, despite the odds. A searingly honest insight into the life of a top jockey, this is a must-read for all sporting fans.

‘A superior story … an honest and self-searching account of the glories and thrills, but also the doubt and barren spells that visit even rampantly successful jockeys.’ Keith Duggan, The Irish Times

‘A really super read. What it’s managed to do is put people there, on the horse’s back, in so many of those races.’ Philip Boucher Hayes, RTE Radio 1

‘This compelling read touches on themes of irony and chance. As the anecdotes roll off Geraghty’s tongue, it feels like you are right there with him for Moscow Flyer’s generation-defining victories, Monty’s Pass’s Grand National glory (with insight into the parties too!), and the breath-taking feeling of partnering the one and only Sprinter Sacre.’ The Racing Post

‘This book is brilliant. I thoroughly enjoyed it. I couldn’t put it down.’ Gerry Kelly, Late Lunch, LMFM 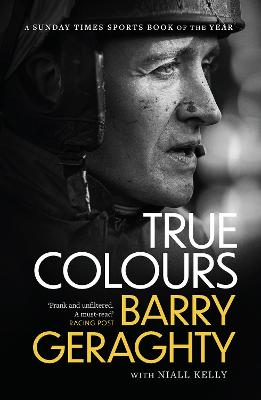