There’s Something I Have to Tell You

HOME IS WHERE THE SECRETS ARE BURIED

On Glenbeg Farm, it was a sunny morning like any other. Only the distressed bark of beloved collie Samson hinted that all was not well . . .

When the bodies of wealthy matriarch Ursula Kennedy and her farmer husband Jimmy are pulled from the slurry pit, shock ricochets throughout the family and community. Everyone has questions, including the gardai. Was this a tragic accident? Or is there more
to it than meets the eye?

Their son Rob, once destined for a high-flying legal career in the US, now runs the farm. He seems distraught about his parents’ deaths, but word soon spreads that his last conversation with his mother resulted in a screaming match about money.

Rob’s wife Kate had a difficult relationship with Ursula. Life will certainly be easier now, without her every move being controlled by her imperious mother-in-law.

Meanwhile, Christina, the victims’ fragile daughter, is carrying a private pain she’s never been able to speak about.

As vivid memories rush back of another tragic death on the farm some sixteen years ago, a toxic secret is set to come to the surface, one that has been simmering for decades . . . 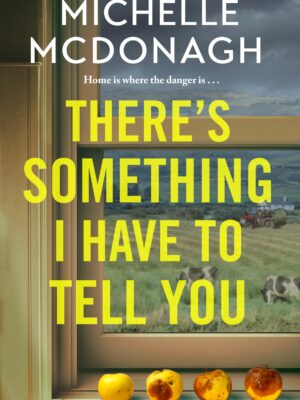