The Wire: The Complete Visual History

Celebrate the greatest television show of all time with this definitive tribute to The Wire. Twenty years after the debut of The Wire, HBO’s landmark crime drama remains one of the most celebrated and beloved television shows of all time. Now, this deluxe coffee table book tells the story of a historic production, through candid, never before-seen photography from the HBO archives. The visual story of The Wire is narrated by all-new interviews with creator David Simon, and key cast and crew members, including Dominic West, Wendell Pierce, Sonja Sohn, Lance Reddick, Michael B. Jordan, and Idris Elba. Unmatched in its depth, this prestige volume is the ultimate retrospective of the greatest television show of all time.” 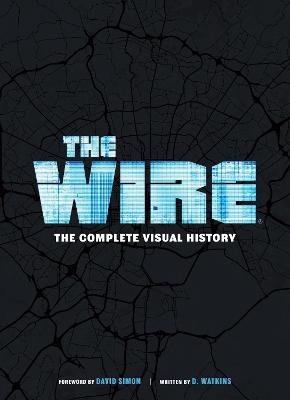