The White House Plumbers: The Seven Weeks That Led to Watergate and Doomed Nixon’s Presidency

SOON TO BE A FIVE-PART HBO SERIES, STARRING WOODY HARRELSON AND JUSTIN THEROUX

The true story of the White House Plumbers, a secret unit inside Nixon’s White House, their ill-conceived plans to stop the leaking of the Pentagon Papers, and how they led to Watergate and the President’s demise.

On July 17, 1971, Egil “Bud” Krogh was summoned to a closed-door meeting by his mentor – and a key confidant of the president – John Ehrlichman. Expecting to discuss the most recent drug control program launched in Vietnam, Krogh was shocked when Ehrlichman handed him a file and the responsibility for the Special Investigations Unit, or SIU, later to be notoriously known as “The Plumbers.”

The Plumbers’ work, according to Nixon, was critical to national security: they were to investigate the leaks of top secret government documents, including the Pentagon Papers, to the press. 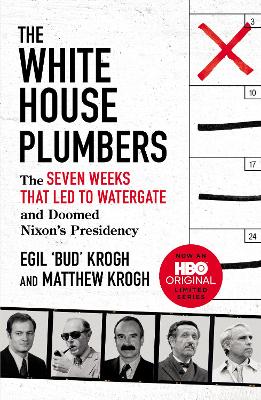 The White House Plumbers: The Seven Weeks That Led to Watergate and Doomed Nixon’s Presidency
€10.99
This website uses cookies to improve your experience. We'll assume you're ok with this, but you can opt-out if you wish. ACCEPT Reject Read More
Privacy & Cookies Policy