A Telegraph Book to Read for Autumn 2022

‘A profound character study of a great writer’ The Times

The astonishing new portrait of the master of spy fiction, by the woman he kept secret for almost half his life

John le Carre led a life entirely constructed of secrets. First as a British ‘spook’ during the Cold War, then as a world-renowned writer of espionage fiction, but also in his personal involvements. He guarded his private life with fierce determination, so that even when he finally permitted his life story to be written, there was still one element he insisted be excluded: the women.

Married with children for virtually all his adult life, le Carre – David Cornwell – had a number of secret affairs, usually conducted abroad with women encountered by chance on his travels. These relationships were always intense, dramatic, even tragic, yet each was destined to last no more than a few months. But there was one love affair that withstood the test of time; just one woman in all his life whom he took into the innermost sanctum of his writing and his heart.

The Secret Heart is the account of Suleika Dawson’s unique and enduring love affair with John le Carre. Written with fearless honesty and insight, the book sheds a bold new light on one of the foremost British writers of the 20th century and offers an alternative measure of the man over the literary legend. 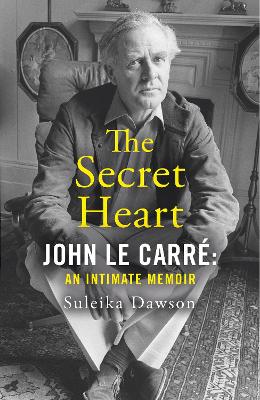