**AN AWARD WINNER BEFORE IT WAS EVEN PUBLISHED. A FEMINIST GOTHIC SUSPENSE THAT WILL KEEP YOU UP ALL NIGHT**

After the sudden death of young Zona Shue only a few months after her impromptu wedding, her mother Mary Jane has a vision – she was killed. And by none other than her new husband, Trout, the handsome blacksmith beloved in their small Southern town.

Mary Jane, known for casting off her corsets, following famous spiritualists and for criticising Zona when she was alive, is shattered by her conviction. Yet no-one believes her. Her only ally is the eccentric Lucy Frye – an unmarried woman who always suspected Trout’s power over her friend.

As the trial raises to fever pitch and the men of Greenbrier County stand aligned against them, Mary Jane and Lucy must decide whether to play with fire and reveal Zona’s greatest secret. But it’s Zona herself, from beyond the grave, who still has one last revelation to make.

Based on a real trial and masterfully playing with the tropes of the Southern Gothic, Aoife Fitzpatrick delivers a searing feminist history like no other. It is a first novel of rare and dazzling brilliance to be read with your heart in your mouth and chills down your spine to the final, haunting page. 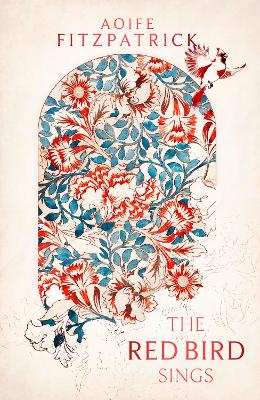