What happens when ordinary people, in real-life murder clubs, set out to investigate cold cases and other crimes?

The Netflix hit Don’t F**k with Cats was based on the 2012 Montreal murder of Lin Jun by his porn-star boyfriend, Luka Magnotta. Previously Magnotta had anonymously posted videos of himself killing kittens. This spurred horrified Facebook sleuths into working tirelessly to uncover his identity and location.

A self-taught forensic artist uses software and coroners’ photographs to show what victims looked like when alive; a mother fulfils her graveside promise to her daughter to get the gang who had killed her; Websleuths matched the IP address of a suspicious contributor to a lottery-winning victim’s financial advisor – his body was found in his advisor’s boyfriend’s garden.

Sometimes citizen sleuthing goes wrong, though, with innocent people being accused of crimes they haven’t committed, with tragic results. This real-life version of Richard Osman’s The Thursday Murder Club is grittier, with intrepid amateur investigators delving into truly gruesome unsolved crimes in pursuit of justice. 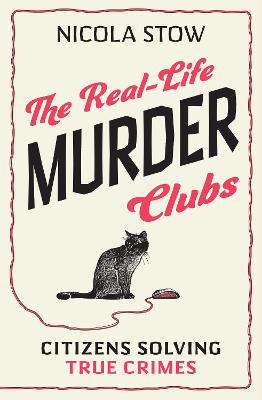