The People’s Game: A View from a Front Seat in Football

Gary Neville is the voice of every football fan, who wears his heart on his sleeve. Lately, he’s been decrying the state of modern football and his passionate rants capture the feeling of fans around the country. He’s able to clearly articulate what’s wrong with the game and how to fix it.

As a player, he spent 20 years at Manchester United winning everything, and represented England at the World Cup. Since then, he’s become a leading pundit on Sky Sports, coached the national team, had a stint at Valencia, runs several businesses and co-owns Salford City FC who currently play in League 2. During his remarkable career, he’s seen every aspect of the beautiful game – as well as the ugly side.

In The People’s Game, Gary shines a light on what is wrong with football. Looking at huge topics such as the European Super League, the rise of the Premier League, owners, coaches, super agents, racism, and much more, this is a must read for any fan of the game. 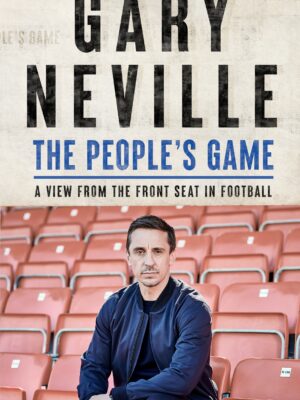