Paris, 1939. Elise and Juliette, both young mothers-to-be, are certain nothing can come between them. So, when war breaks out and Elise must flee the Nazis, she entrusts Juliette with her young daughter, playmate to Juliette’s own little girl.

But Juliette’s world is destroyed when a bomb falls on the neighbourhood of her small bookshop, La Librairie des Reves. Elise returns after the war to reclaim her daughter, only to learn that Juliette survived, along with a little girl – but which little girl? Elise’s desperate search for answers ultimately leads her to New York, and to Juliette, one final, fateful time.

The Paris Daughter is a story about mothers and daughters, the way loss transforms us, and the roads we find to beginning anew in the face of impossible odds. 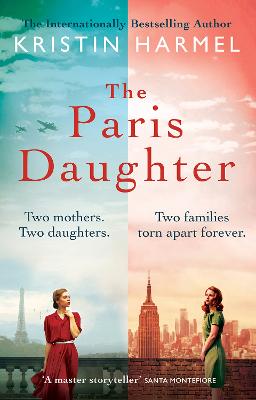