The Memory Keeper of Kyiv

In the 1930s, Stalin�s activists marched through the Soviet Union, promoting the greatness of collective farming. It was the first step in creating a man-made famine that, in Ukraine, stole almost 4 million lives. Inspired by this, Erin Litteken reimagines their story.

In 1929, Katya is 16 years old, surrounded by family and in love with the boy next door. When Stalin�s activists arrive in her village, it�s just a few, a little pressure to join the collective. But soon neighbours disappear, those who speak out are never seen again and every new day is uncertain.

Resistance has a price, and as desperate hunger grips the countryside, survival seems more a dream than a possibility. But, even in the darkest times, love beckons.

Seventy years later, a young widow discovers her grandmother�s journal, one that will reveal the long-buried secrets of her family�s haunted past. 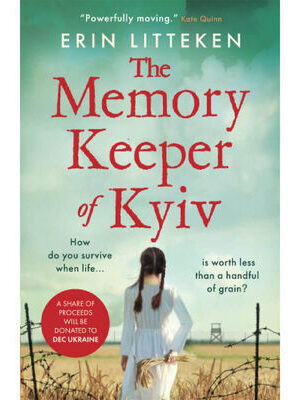