The Madness: A Memoir of War, Fear and PTSD

A powerful, probing book about PTSD.

Fergal Keane has spent his adult life witnessing war, travelling through dangerous or devastated places and reporting the atrocities back to the rest of the world. In the course of those decades, he has lost friends, sustained injuries and experienced countless near misses. He has patched up colleagues and seen the worst of humanity: mothers robbed of their children and bodies mutilated.

Along the way, he was diagnosed with post-traumatic stress disorder. He would wake up, full of dread, in the night or have to pull over while driving, his hands shaking and his body threatening vomit. Yet he could not stop going back to the wars. Something compelled him to keep reporting, to keep investigating the most hellish parts of humanity. Perhaps the seeds had been sewn much earlier, in a childhood of conflict and relentless instability.

This book is an investigation into Fergal’s own mental illness and the disorder that plagues millions. It is a story of living in fear, of what early traumas can do and of how the mind’s disturbances can seem to be passed down through generations. A deeply personal memoir that draws on careful research, this book casts a startling new light on trauma. 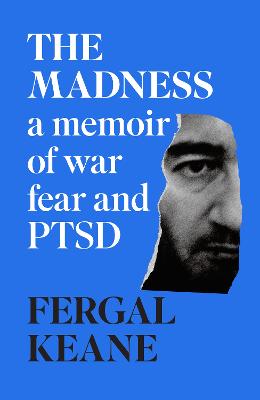