Before winning everything in the game, Kevin Walsh thought his career was over in 1997. Playing senior football at 13 years of age, and playing for far too many teams on the GAA field and the basketball court, had left his legs and feet severely damaged and his mobility greatly impaired as a young man. At 28, he was told that Galway did not need him anymore.

But Kevin Walsh understood the game of football better than anyone around him. He saw The Invisible Game… deep within the game itself!

Kevin Walsh proceeded to win two All-Ireland titles with Galway, and three All Star awards and he ended his career as one of the greatest midfielders of the modern era.

He quickly brought his understanding and insight to Sligo and Galway, whom he managed for the next 10 years – and leading Galway out of the wilderness for good. 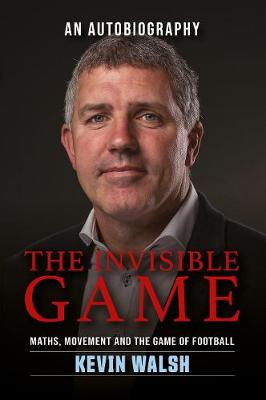