A Life in Football from One of TV’s Most Popular Pundits, Micah Richards

Ever wondered what really goes on inside a Premier League dressing room, what it’s like to train under Roy Hodgson, Roberto Mancini and Fabio Capello – or which of them bans his players from eating ketchup?

When it comes to football, former Manchester City and England star Micah Richards has seen it all – and laughed about most of it. In The Game, Micah shares his funniest and frankest stories from on and off the pitch, be it turning up to his first England match with two left boots, attempting to supervise the infamous Mario Balotelli or winding up Roy Keane on Super Sunday.

From how he spent his first Premier League paycheck to how he prepared – financially and mentally – for when they stopped coming, from the euphoria of lifting a trophy to the physical and emotional impact of injury, Micah also reflects openly on the many wins and losses in professional football.

Full of Micah’s signature cheeky wit, this intimate, unmissable memoir goes behind the scenes of the beautiful game and a remarkable life and career. 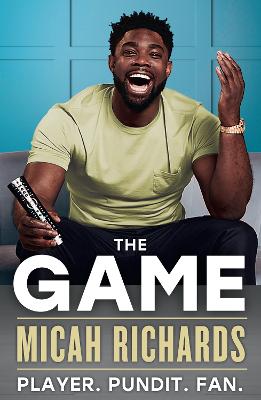