The second title in David Baldacci’s best-selling series, The Forgotten is a fast-paced action thriller, featuring the hero of Zero Day – John Puller.

Criminal investigator John Puller is drawn closer to home when his aunt is found dead in her house in Paradise, Florida. The local police have ruled the death as an accident, but Puller finds evidence to suggest that she may well have been murdered.

On the surface the town lives up to its name, but as Puller digs deeper he realizes that this town and its inhabitants are more akin to Hell than Paradise. His belief is confirmed as evidence of strange and inexplicable events come to light. And when Puller learns the truth about what is happening in this once sleepy town, he knows that his discoveries will impact far wider than Paradise. 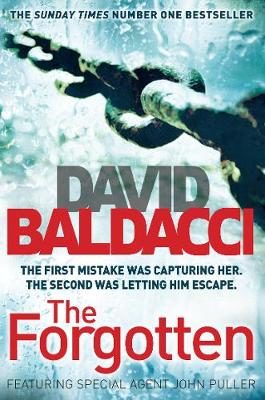