The Dublin Railway Murder: The sensational true story of a Victorian murder mystery

A thrilling and perplexing investigation of a true Victorian crime at Dublin railway station.

Dublin, November 1856: George Little, the chief cashier of the Broadstone railway terminus, is found dead, lying in a pool of blood beneath his desk.

He has been savagely beaten, his head almost severed; there is no sign of a murder weapon, and the office door is locked, apparently from the inside. Thousands of pounds in gold and silver are left untouched at the scene of the crime.

Augustus Guy, Ireland’s most experienced detective, teams up with Dublin’s leading lawyer to investigate the murder. But the mystery defies all explanation, and two celebrated sleuths sent by Scotland Yard soon return to London, baffled.

Five suspects are arrested then released, with every step of the salacious case followed by the press, clamouring for answers. But then a local woman comes forward, claiming to know the murderer…. 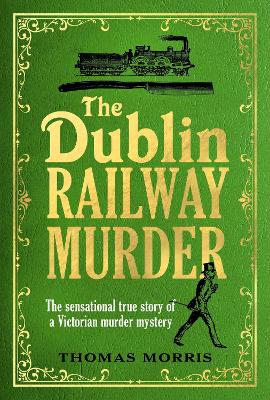