Innocent by day, killer by night: a dark, twisting thriller about a teen assassin’s attempt to live a normal life.

Trained and traumatised by a secret assassin programme for minors, Isabel Ryans wants nothing more than to be a normal civilian. After running away from home, she has a new name, a new life and a new friend, Emma, and for the first time, things are looking up.

But old habits die hard, and it’s not long until she blows her cover, drawing the attention of the guilds – the two rival organisations who control the city of Espera. An unaffiliated killer like Isabel is either a potential asset . . . or a threat to be eliminated.

Will the blood on her hands cost her everything?

From Finn Longman, an exhilarating new voice in YA fiction, comes an addictive new blockbuster series for fans of global phenomena The Girl with the Dragon Tattoo, Killing Eve and The Hunger Games. 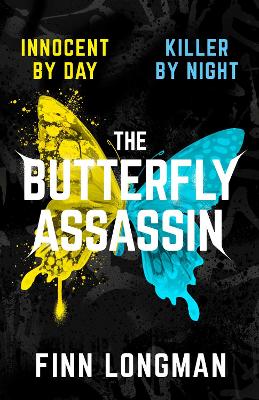