The Bullet that Missed

It is an ordinary Thursday and things should finally be returning to normal.

Except trouble is never far away where the Thursday Murder Club is concerned. A decade-old cold case leads them to a local news legend and a murder with no body and no answers.

Then, a new foe pays Elizabeth a visit. Her mission? Kill . . . or be killed.

As the cold case turns white hot, Elizabeth wrestles with her conscience (and a gun), while Joyce, Ron and Ibrahim chase down clues with help from old friends and new. But can the gang solve the mystery and save Elizabeth before the murderer strikes again?

Richard Osman is an author, producer and television presenter. His first novel, The Thursday Murder Club, was a million-copy bestseller. Critics have already described The Man Who Died Twice as ‘his second novel 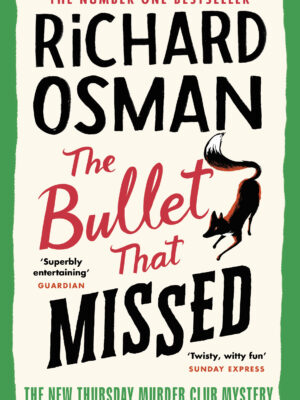