The Brave and the Bold: Batman and Wonder Woman

When a Celtic god s murder leads to a war between the fairy folk and a possible breach between worlds, Wonder Woman must find the murderer and keep the peace while Batman investigates strange occurrences in Gotham City. As Diana must turn to the World s Greatest Detective for help, the two heroes quickly learn their cases may be connected. In a world where the normal rules of investigation don t apply and any clue can be obscured by charms and magic, the two Justice Leaguers must rely on each other to uncover a murder someone is trying to hide. Beautifully rendered by master storyteller Liam Sharp, The Brave And The Bold: Batman And Wonder Woman is a fantastic new standalone story featuring two of the worlds greatest heroes! Collects issues #1-6. 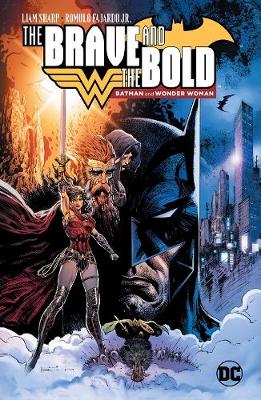