Sean Og O hAilpin, the iconic hurler of his generation, tells his own story.
Sean Og O hAilpin became synonymous with Cork hurling during a period when the Rebel County reached the highest of highs and was regularly gripped by controversy. Making his trademark barnstorming solo runs from left wing-back, Sean Og emerged as the lynchpin of the great group of Cork hurlers that won five Munster titles and three All-Irelands; in 1999 he contested All-Ireland finals in both codes. He was also central in standing up for players’ rights against the Cork county board – a source of great controversy and two painful strikes.
Now, Sean Og tells his own story in his own words – a story every GAA fan has been waiting to read. Full of frank insights, Sean Og’s autobiography is not just an essential sporting story; it is an essential Irish story.

‘A compelling, honest read that draws blood along the way … a tale so rich that the wonder never leaves‘ Irish Daily Mail

‘This is Sean Og as he really is. Essential reading’ Irish Examiner

‘Sean Og’s autobiography is a fine read. What an extraordinary figure he is’ Sonia O’Sullivan 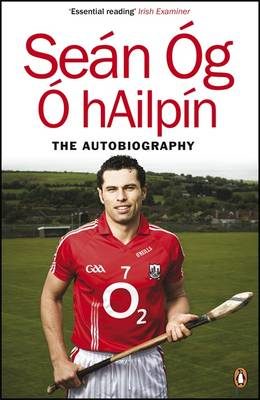