He will stop at nothing to uncover the truth.

When James Blake discovers his wife murdered in their London home, he is determined to avenge her, and bring her killer to justice.

As the prime suspect, he flees England and sets out on a journey that takes him to Florence, Venice and into a shadowy underworld of death and corruption.

The trail that will lead him to the killer is filled with terrible danger, and will reveal a shocking conspiracy, behind both her death and a lost fortune.

A thrilling, original and fast-paced crime thriller set within the art world, perfect for fans of Ken Follett, Dan Brown and Harlan Coben. 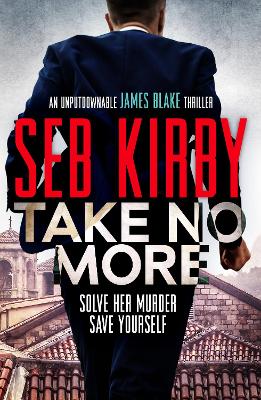