Summer Of Love: Summer Nights: Their Most Forbidden Fling / A Forbidden Temptation / A Night of Living Dangerously

Molly Drummond’s new boss, Lucas Banning poses a challenge-he’s brooding, demanding and far too good-looking. He’s also a living, breathing reminder of the greatest tragedy in Molly’s life. So what does it mean that her heart skips a beat every time she sees him?
*
With the death of his wife still raw, Jack Connolly’s mood is dark and dangerous. He’s not looking for a woman, until he meets buttoned-up but beautiful Grace Spencer, who stirs his senses back to life. But trapped in a fake relationship to safeguard her family, Grace knows crossing the line with Jack would risk everything she holds dear.
*
Lilley’s fairy-tale wish is about to be granted. She’ll swap her grey suits for a fabulous dress and dance the night away with the man every other woman wants…but only for one night. Alessandro Caetani does not do happy-ever-afters. In fact, his charm extends only as far as getting his secretary into bed. Lilley has never taken such a risk before, but this is her night of living dangerously…. 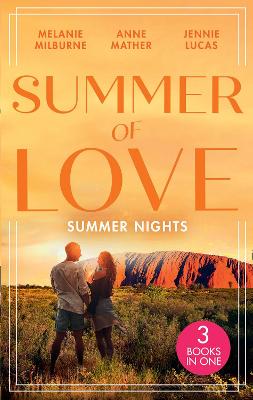 Summer Of Love: Summer Nights: Their Most Forbidden Fling / A Forbidden Temptation / A Night of Living Dangerously
€3.00
This website uses cookies to improve your experience. We'll assume you're ok with this, but you can opt-out if you wish. ACCEPT Reject Read More
Privacy & Cookies Policy