Therapist Megan Richards provides her patients with expert counsel…but she can’t remedy her lifelong love for her best friend. Police chief Cameron St. John is the perfect man – kind, thoughtful and sexy. But Megan and Cameron are afraid that in declaring their love, they risk losing their friendship. In reality, they could gain so much more…
*
Former army medic Ryan Matthews loves his work as a midwife – bringing life into the world helps him forget losing his best friend in Iraq. But when Ryan finds his friend’s pregnant wife Phoebe on his doorstep, his whole world is turned upside down. Until one unforgettable kiss unleashes emotions they’ve both locked away….
*
Dr James MacIntyre always hoped that Bella English would one day be more than just his ‘best friend.’ But Mac swore that his feelings would remain hidden forever. Three years later and Mac is back working alongside Bella! And it’s clear that those long-buried feelings are still as powerful as before… 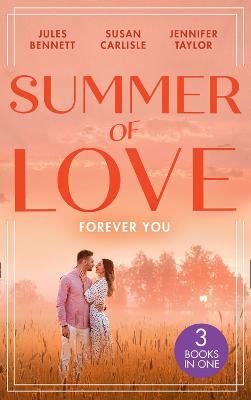 Summer Of Love: Forever You: From Best Friend to Bride (The St. Johns of Stonerock) / His Best Friend’s Baby / Best Friend to Perfect Bride
€3.00
This website uses cookies to improve your experience. We'll assume you're ok with this, but you can opt-out if you wish. ACCEPT Reject Read More
Privacy & Cookies Policy