Germany’s king of the thriller takes to the skies with a terrifying and twisted new novel.

Psychiatrist Mats Kruger knows that his irrational fear of flying is just that – irrational. He knows that flying is nineteen times safer than driving. He also knows that if something does happen on a plane, the worst place to be is seat 7A. That’s why on his first plane journey in 20 years – to be with his only daughter as she gives birth – he’s booked seat 7A, so no one else can sit there. If no one is sat there, surely nothing will go wrong.

But shortly after take-off, Mats receives a worrying phone call. The caller has kidnapped his daughter and will murder her – and her unborn child – unless Mats convinces the pilot to crash the plane, killing everyone on board.

As the plane nears its destination, Mats must make an impossible choice and face the fact he might be the arbiter of his own worst fear. 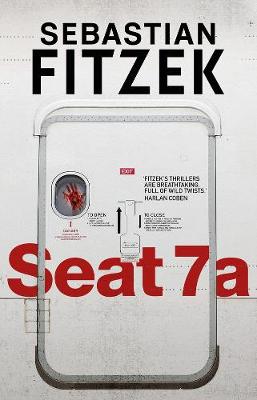