This is the story of the new King of the Kop.

When Mohamed Salah signed for Liverpool from Rome in 2017, his record fee was initially greeted with some skepticism. While he’d been singled out as a future star back in Egypt, and performed well at the Italian club, no one could have predicted the impact he was to have at Anfield.

Scoring an unprecedented thirty-two goals in thirty-six games for the club, he became the sensation of the Premier League. Not only that, but he has also won over fans of all stripes with his humility and grace off the pitch, as well as his versatility and flair on it. Few players have inspired such fervent admiration so quickly, with chants of his name still reverberating around Anfield, and after just a short time, he has already become a Liverpool legend.

In this insightful biography, bestselling sports writer Frank Worrall examines Salah’s electrifying journey to Liverpool, from the highs and lows that brought him there to the Champions League glory that crowned the 2018/19 season. 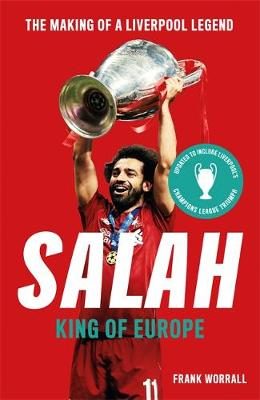