Ian Robertson joined the BBC during the golden age of radio broadcasting and was given a crash course in the art of sports commentary from some of the greatest names ever to sit behind a microphone: Cliff Morgan and Peter Bromley, Bryon Butler and John Arlott. Almost half a century after being introduced to the rugby airwaves by his inspiring mentor Bill McLaren, the former Scotland fly-half looks back on the most eventful of careers, during which he covered nine British and Irish Lions tours and eight World Cups, including the 2003 tournament that saw England life the Webb Ellis Trophy and “Robbo” pick up awards for his spine-tingling description of Jonny Wilkinson’s decisive drop goal.

He reflects on his playing days, his role in guiding Cambridge University to a long spell of Varsity Match supremacy and his relationships with some of the union code’s most celebrated figures, including Sir Clive Woodward and Jonah Lomu. He also writes vividly and hilariously of his experiences as a horse racing enthusiast, his meetings with some of the world’s legendary golfers and his dealings with a stellar cast of sporting outsiders, from Richard Burton and Elizabeth Taylor to Nelson Mandela. It is a hugely entertaining story that begins in a bygone rugby age, yet has much to say about the game in the here and now.

Hmmm what do we think??? Authors have had ghost writers before but will this work if we know we’re not reading himself?? ... See MoreSee Less

The little village of Spanish Cove is one of the most attractive holiday resorts in south Co Wexford, but in 2008 it made the headlines for all the wrong reasons. Adam Lattimer, the 21-
View on Facebook
·Share 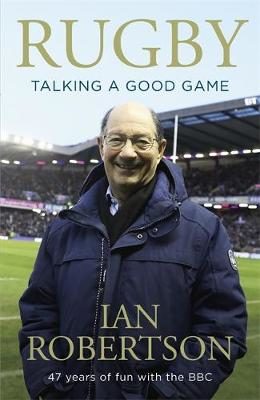