Clarkson’s Back – and he’s really had it this time.
From his first job as a travelling sales rep selling Paddington Bears to his latest incarnation as gentleman farmer, Jeremy Clarkson’s love of cars has seen him through some deeply trying times.

And in a world so persistently infuriating there’s sometimes nothing for it but to throw up your hands and ride full-throttle over the speed-bumps.

But as Jeremy raced through there was plenty to ponder along the way, including:

* Why nothing good has ever been achieved in a meeting
* The side effects of muesli
* How to navigate London when every single road is being dug up at once
* Why we are forced to share the planet with people who read online reviews of dishwashers
* And what, exactly, is the point of a driverless car?

It’s testing stuff, but happily Jeremy’s not quite reached the end of his tether yet. Fuelled by hi-octane enthusiasm and irrepressible curiosity, he’s put his foot down again. 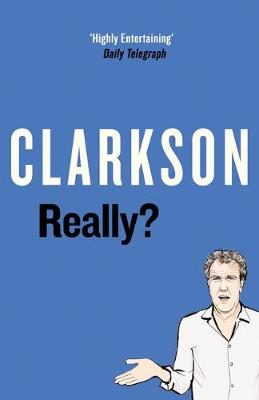