The gripping inside story of Ireland’s bankrupt billionaire, Sean Quinn, who went from rags to riches before gambling it all on Anglo-Irish Bank shares and became the world’s biggest personal loser of the economic collapse of 2008.

A millionaire by thirty, Quinn took on the Irish cement business in the 1980s and won. He became an almost mythical character, creating thousands of jobs at a time when the dark shadows of mass unemployment and the Troubles loomed over the Irish borderlands. Then he gambled it all on the stock market, and this time he lost. Quinn’s senior team was hand-picked, with loyalty prized above all else. When that loyalty was betrayed, they became the sole focus of his obsession and the atmosphere in ‘Quinn Country’ turned dark and ominous, culminating with the horrific abduction and attack on Kevin Lunney in 2019.

Ten years after losing it all, Quinn is now a brooding figure in a monstrous house, refusing to accept any blame for his downfall or for the violence that followed in its wake. Featuring exclusive interviews with Quinn, and prominent figures from his inner circle, this is the truly remarkable story of the man everyone said was too big to fail. 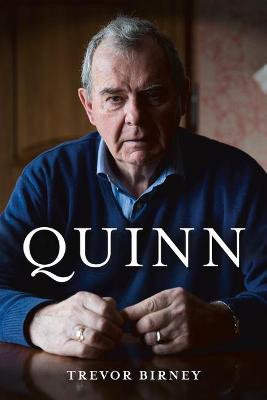