A love affair born in rural Ireland! Two mismatched lovers, locked in a relationship that will change both of them … forever!

From the day I was born, I was brought up to believe that Gaelic games were invented for people too stupid to understand the laws of rugby. Little did I know that one day I would become a legend of Kerry football.

But then my life has taken a lot of unexpected twists and turns.

My old man is, like, the Taoiseach of the country. My wife is an actual Minister in his Government. And my suddenly teenage daughter is heading for the Jailtacht – and her very first rugby boyfriend. And then there’s Marianne …

Of course, I was too busy becoming a Gaelic football stor to realise that my family – like the entire country – was being pushed towards a cliff edge. And I was the only man capable of saving Ireland’s democracy. 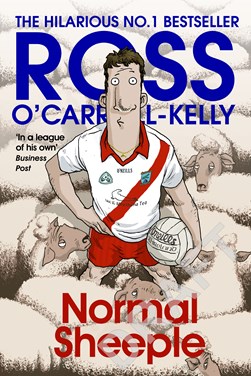