My Name is Jhon

As a child, John Brennan wasn’t an obvious candidate for success. School was a difficult, upsetting place and he was always at the bottom of the class. His battle with dyslexia meant that he felt stigmatised by a society that didn’t understand him. Yet his determination to not be defined by his dyslexia created an ambition that has been matched by his business acumen.

Now in his mid-fifties, John’s optimism is still flowing. It is a measure of his character that, on being diagnosed with non-Hodgkin’s lymphoma, the first thing he did was to buy a very uncared for Dromquinna Manor on a waterfront estate on 46 acres of overgrown grounds. Ten years later, in the midst of a world pandemic that saw hotels closed all over the world, John again bought a new hotel.

This is a fascinating account of a man with the vision to create his own life against the odds that will inspire people everywhere to find their own way too.

‘A great book for parents and young people who are coping with dyslexia that shows them there are a lot of other ways in life.’ Sue Nunn, KCLR FM 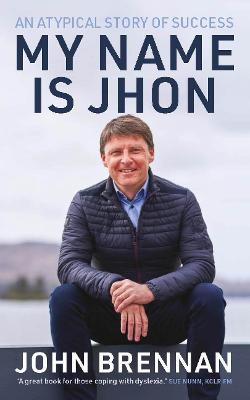