My Crazy World: The Autobiography

Christy Dignam, lead singer of Aslan and one of Ireland’s greatest rock stars, reveals all in this extraordinary tale of excess and devotion to his music.

Growing up in Finglas, Dublin, there was only one thing Christy Dignam ever wanted to do – and that was sing. By the early 1980s, he had formed the band Aslan, part of a new wave of acts coming out of Ireland. Repeatedly chewed up and spat out in the feeding frenzy to sign ‘the next U2‘, they stuck to their principles. developed a loyal following, and their first album Feel No Shame went to No 1 in their home country, showcased by the song ‘This Is‘, which Christy proudly acknowledges has become ‘part of Ireland’s DNA’.

But just as America seemed ready to fall for Aslan, Dignam was battling with heroin addiction, perhaps caused by having been sexually abused as a child, and so he was kicked out of the band. In 1993, after five years in the wilderness, he rejoined Aslan, leading the outfit to a triumphant second coming, despite struggling with further drug problems and serious illness. In this compelling memoir, Dignam looks back over his long career, vividly bringing to life the good times and the bad, but always remembering that at the heart of it all are his songs and his family.

Competition time! Preorder @theickabog on Bookstation.ie and be in with a chance to win a limited edition framed print of The Ickabog cover. This is the perfect keepsake and something for you to treasure.

A mythical monster, a kingdom in peril, an adventure that will test two children’s bravery to the limit. Discover a brilliantly original fairy tale about the power of hope and friendship to triumph against all odds, from one of the world’s best storytellers.
The book itself is a beautiful hardback edition, perfect for sharing and gift-giving. Brought to life with full-colour illustrations by the young winners of The Ickabog competition.

The Ickabog is coming… A mythical monster, a kingdom in peril, an adventure that will test two children’s bravery to the limit. Discover a brilliantly original fairy tale about the power of hope and friendship to triumph against all odds, from one of the world’s best storytellers. The kingdom ...
View on Facebook
·Share

In The Deep End, book 15 of the Diary of a Wimpy Kid series from #1 international bestselling author Jeff Kinney, Greg Heffley and his family hit the road for a cross-country camping trip, ready for the adventure of a lifetime.

But things take an unexpected turn, and they find themselves stranded at an RV park that’s not exactly a summertime paradise. When the skies open up and the water starts to rise, the Heffleys wonder if they can save their vacation – or if they’re already in too deep.

I'll ask her Orlaith, don't think so though

Elizabeth Fuller could you get this for Edward please

Michael Sheedy has Lauren this one 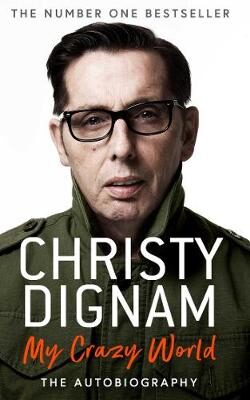