Murder at Roaringwater is the inside story of the final days of young Frenchwoman, Sophie Toscan du Plantier. This is a violent, unresolved murder, where the victim seemed to have a premonition of her own terrible end.

For six years, Nick Foster has been piecing together the life and death of Sophie, who was brutally killed outside her cottage in rural West Cork in 1996. He also developed an ongoing ‘friendship’ with the Englishman long-suspected of her murder, Ian Bailey, and his partner, Jules, the couple at the centre of the case.

This story is as fascinating as it is tragic. It follows Nick in Paris and Ireland during his dedicated investigation into the circumstances surrounding Sophie’s murder, his quest to reveal her killer and efforts to understand what the motive could have been for such a terrible crime.

Ian Bailey was recently found guilty of Sophie’s murder ‘in absentia’ in a French courtroom. 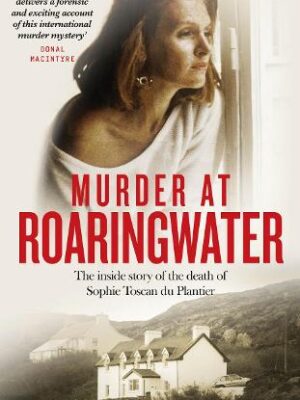