Emmy and Charles celebrate their first anniversary apart as Charles is stationed overseas. They exchange lots and lots of letters and are doing their best in an entirely unpleasant situation. At Woman’s Friend the magazine is going from strength to strength. The new readers’ page, ‘Woman’s Friend to Friend’, has been a huge hit. After two years in the job, there is no problem Emmy hasn’t seen, and nothing she can’t answer.

Back in Pimlico, Bunty has opened the house up to women in need. Thelma from the fire station and her three children are living with them and the house is a noisy, cheerful place despite the fact the war rages on and things are very tight. Thelma and Emmy think it is time Bunty thought about men again, so they are in cahoots to set her up with someone. The girls take in two refugees, Lily and Petra, who came to Britain from Germany in 1938, managing to get out just in time. Lily and Petra are brilliant additions to the household but unfortunately this feeling is not shared by some of the neighbours and it falls on Emmy and Bunty to stick up for their new friends. 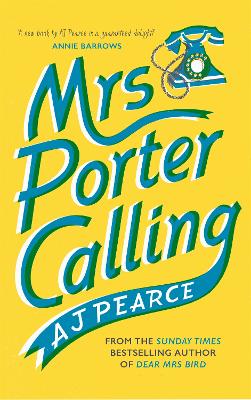