More Than You’ll Ever Know: The suspenseful and heart-pounding thriller about love, marriage and murder

It was a story that Cassie Bowman couldn’t resist:
Lore Rivera loved two men – until one of them shot the other…

Lore Rivera was married to two men at once, until on a baking hot day in 1986, one of them found out and shot the other. A secret double life, a tragic murder. That’s the story the world knows.

It’s not the story that fascinates Cassie Bowman.

Carrying the weight of her own family tragedy, true-crime writer Cassie wants to know more about the mysterious woman at the heart of it all, Lore. How did one woman fall in love with two different men? How did she balance the love and the lies?

To her surprise, Cassie finds that Lore is willing to talk. To finally tell her heartbreaking story – about how a dance became an affair; how a marriage became a murder.

As the two women grow closer, Cassie finds she can’t help but confess her own darkest secrets. But when she slowly starts to realise that there might be more to the night of the murder than anyone has realised, can either woman face up to the thing they’ve been hiding from: the truth?

PRAISE FOR MORE THAN YOU’LL EVER KNOW:

‘An immaculate novel that explores marriage and choice, partnership and autonomy, More Than You’ll Ever Know is a wonder to behold’ Danya Kufafka

‘Smart, sophisticated and sly… There are thrillers that tease, but More Than You’ll Ever Know will haunt your dreams. A stunning debut from a magnificent storyteller’ Adriana Trigiani

‘a novel which grips you like a thriller as you are reading it, with characters and themes which linger in the mind like the best literary fiction. This is an unforgettable story, told brilliantly’ Ellery Lloyd

‘A seductive, urgent tale about desire, family, the pursuit of truth, and the art of storytelling, More Than You’ll Ever Know will astonish readers with its vastness, romance, tragedy, and abundant heart’ Jessamine Chan 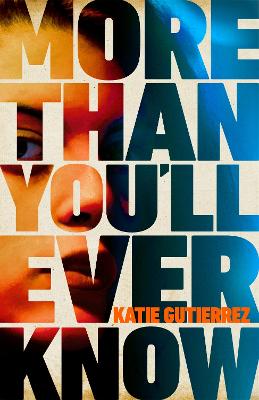 More Than You’ll Ever Know: The suspenseful and heart-pounding thriller about love, marriage and murder
€14.99
This website uses cookies to improve your experience. We'll assume you're ok with this, but you can opt-out if you wish. ACCEPT Reject Read More
Privacy & Cookies Policy